The Link Between Farms, Foodborne Illness, and Antibiotic Resistance 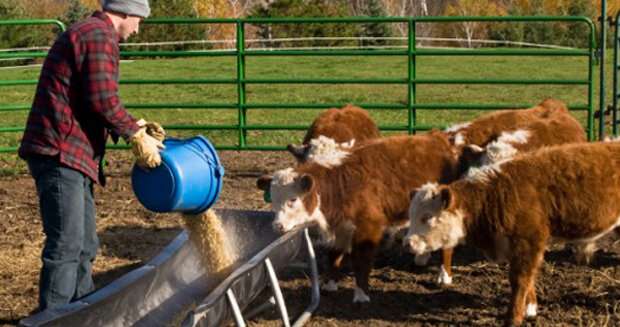 Here's another one: Today nearly all strains of staph infection (an infection caused by the Staphylococcus bacteria, which commonly results in minor skin infections but can become life-threatening if it enters your bloodstream, bones, or organs) found in the United States are resistant to penicillin. Many strains are also resistant to newer families of antibiotics. And one more: 80% of antibiotics sold in the United States are given to animals raised for food. In most cases, these antibiotics are administered non-therapeutically, which means that rather than being given to treat an illness, the antibiotics are given to promote growth and to compensate for the effects of unsanitary and over-crowded farm conditions.

At first glance, these facts might seem unrelated. But they actually all stem back to a major problem with our food system: most of the livestock raised for food in the United States comes from industrial farms, many of which raise their animals in poor conditions that breed bacteria and contribute to foodborne illness. To make up for these conditions and to promote faster growth, many animals are routinely given antibiotics in their food and water. The USDA, FDA, and the CDC have all testified before congress that there is a definitive link between this routine, non-therapeutic use of antibiotics and the serious problem of antibiotic-resistant bacteria that infect humans. And the American Medical Association and the American Academy of Pediatrics have stated that this misuse of antibiotics in food animals is a serious and growing threat to human health.

Tomorrow I'll go into more depth about how and why antibiotics are used in industrial farming, how they lead to the development of antibiotic resistant bacteria -- and how it affects all of us a lot more than we think. In the meantime, I hope you'll share your thoughts in the comments, and join in the conversation at Citizens Against Superbugs.